Do you believe in paranormal Internet activity? Who or what is stealing your bandwidth?! 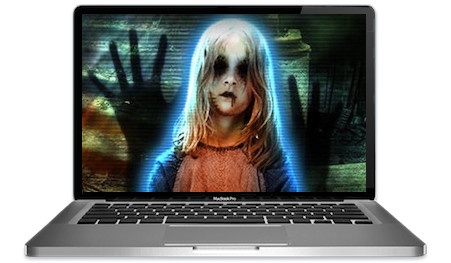 Some IT managers find that even after a recent Internet upgrade users still complain of slow speeds. It’s almost as though some paranormal activity is going on sucking up your bandwidth.

Every time technology advances, there is some sort of bottleneck that is created by older technology holding things back. With the rise of virtualization and cloud computing, networks have become strained, and bandwidth issues have come to the forefront of technology problems for many IT departments.

Get a free fiber comparison summary.

Bandwidth is like lanes on a highway. It allows for more traffic to go through at once, while still retaining high speeds. So why do we still sometimes incur slow speeds even after an upgrade? Look at it like this….Have you ever experienced a lone car slowing speed down on a single lane road? In the same way a lone network sending requests on a low bandwidth connection simultaneously with many other requests will severely slow speeds. A higher speed connection can service many requests and users without sacrificing precious speed but sometimes users can act like that slow car driving down the middle of the road blocking traffic.

Often times although it seems like paranormal activity its usually is a couple machines trying to take advantage of the upgrade all at once. Activities such as large file transfers should only be done when there is light network traffic or better yet on a separate network in order avoid bottle necking other users.

Once the cause of a network slowdown has been found, it is important to analyze the impact of such a slowdown. Determine who the top contributor was to the bottleneck (example: someone viewing full HD video over the internet) and if that use was necessary. Often bottlenecks are caused due to irresponsible data use that can easily be avoided. Adding more bandwidth often fixes these problems but only if you truly diagnose your bandwidth needs and upgrade to fiber based Internet with synchronous speeds.

To determine what Internet is best for your business download our free checklist.