How do I migrate from my PBX to Hosted VoIP 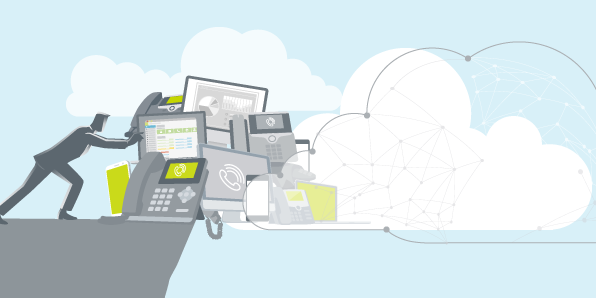 Every migration project should begin by creating a detailed inventory and analysis of your current system. We recommend assessing four critical areas in order to make the transition smooth for your users.

Take the time to note and understand your existing phone use cases and features to the new environment, documenting any gaps or major changes. It’s common to retire some features in favor of new. Actively communicate these changes to your users and internal stakeholders before implementing the VoIP system.

The first thing you’ll want to do is inventory your current system and network such as Endpoints or phones, IVR routing, call groups, lines and trunking, document cabling, identify POE switches, routers etc and diagram the network at a high level. This information will help you determine what will be required to support the new system.

IT strategic plans and growth/change

You’ll want to make sure the network is ready before moving forward with any phone system changes to ensure a smooth transition.

Hosted VoIP phones come pre-configured based on the information you give to the provider. All of the research you did that we discussed in the article above is used to fill out provider forms that will ultimately be used to provision users phones. The vendor takes care of all the provisioning which simplifies your IT teams responsibility for programming prior to installation.

If you have multiple locations you might want to migrate one location at a time. This can be done with virtual extensions for users that will transition into fully ported extensions as you turn up offices. The idea being everyone will get provisioned on the system but only a portion of users will be fully ported at one time.

Depending on your users you might want to give them some burn in time before cutting over the numbers to insure they are trained and have a comfort level on how to perform basic functions on the new system before porting. Sometimes however the best way to guarantee adoption is to force users all at once to start using the new system by taking away the old system. In either case VoIP providers have good training videos on YouTube that can be easily viewed by your employees at any time.

The physical install of a VoIP system is a big advantage because all the headaches of installing a large server, getting phones to connect, programming etc is all gone. All of that work is done by the provider in their data center. All that is physically required on premise is your endpoints (phones or software), an IP connection on your network (Internet or private MPLS) and maybe a POE switch to power the phones over the network. All the bulky hardware your used to goes away and voice and video become just another packet running across your data network.

Download our free checklist to help you plan your VoIP system migration.