Making the Case for Virtual Desktops 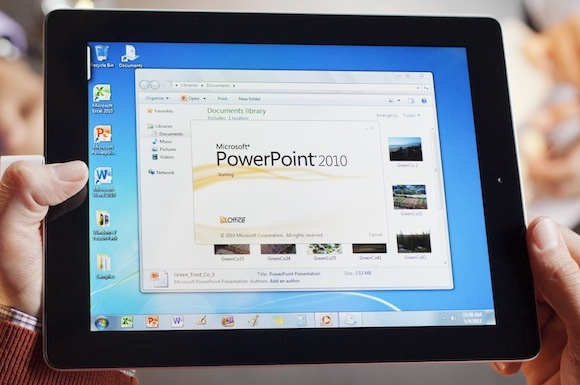 The market for desktop virtualization is set to grow exponentially over the next few years. Gartner has produced some much quoted figures that claim the market will be worth $5.6 billion in 2016. That is all fine and great, but does not necessarily help a hard-pressed IT Director make the case internally for an investment in technology.

Part of the problem is the perceived ‘cheapness’ of PC’s, vs the relatively expensive nature of most VDI solutions out there. The price of PC hardware has fallen dramatically in recent years. It is possible to buy an enormously capable PC, complete with an OS for $1000.00.

This means that on a hardware comparison alone it is hard to justify the monthly subscription cost of Desktops as a service. At Agility Communications we sell the typical hosted desktop at $90 per seat including Windows, Microsoft Office and 24×7 support.

The problem with a hardware cost comparison analysis is that it completely ignores the actual costs of running a desktop estate – hardware and software maintenance and support, hardware fixing and the myriad of end-user costs that corporations deal with under the banner ‘user support’. These costs are usually exasperated by poor or even no management of the desktop, for instance having unlocked desktops where users can load their own software and applications and, consequently, have license to break things (and, of course, then expect the company to pick up the tab to fix it for them). Laptops are notoriously fragile and are prone to being dropped, have coffee or soda poured on them and so forth, all of which creates downtime when users are unable to work at all or are less productive because they lack their normal resources.

This non-productive time is probably the most costly part of any IT failure, yet is rarely measured or quantified. A recent article by Dell put the cost of this lost productivity at $294 per year per user – suddenly a desktop environment that all but removes that cost can look very attractive. Add to that a savings of $250 per year for reduced calls to the service desk and desk-side support and the case becomes compelling.

In addition to the financial case for Desktops-as-a-Service is the argument that can be made for its convenience factor. Remember when you got excited for the iPad and you ran out and dropped $800 only to find out that you really had no use for it? Sure you can read email or watch movies on the plane but it wasn’t long till you figured out you really needed your laptop. With VDI that picture changes. Now you can connect to your desktop on any device anywhere as long as you have internet connectivity. VDI is that solution that makes BYOD work without the security risks and problems user devices often bring to your network.

When he’s not creating value for customers, Mike and his family spend time outdoors and like to take in the arts. Mike is a consummate hobbyist including sports, boating and the outdoors. He loves to talk basketball, especially if it involves his favorite team, the Golden State Warriors.

To learn more about Virtual Desktops Connect with Mike on LinkedIn or read his latest posts on the Agility Communications website.