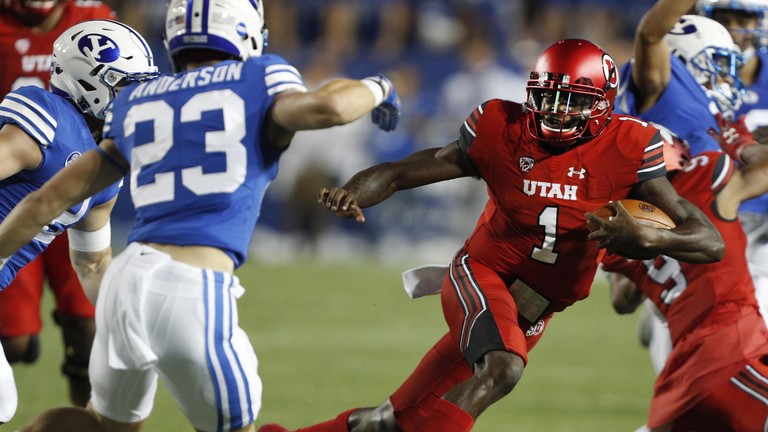 If you’ve spent any amount of time reading or watching Football, you’ve likely heard a commentator refer to a coach scripting his team’s plays. In business we often talk about a go to market strategy or business strategy. Individual departments such as IT map out a network strategyto cover security, connectivity etc. I recently read an article in which several PAC 12 Football coaches were asked about they’re so called scripts and it got me thinking.

Most of the coaches interviewed had similar comments to Utah coach Kyle Whittingham who said “the Utes use a script, but it’s not necessarily a hard-and-fast diagram of what they’re going to run”. Arizona coach Rich Rodriquez said he calls his scripts “openers” on offense, but there’s plenty that can change. Rodriquez went on to say “We don’t adhere to it strictly , simply because we may see a different defense. We put some of our best ideas out there, One: to see if we can execute it, Two: to see if it matches up well. With Our offense we like to go pretty fast, so sometimes we get off that script pretty quickly.”

How does that translate in business? Ever sat in one of those January kick off meetings where they bring in all the experts and give statistics about where the Industry is headed? How if you don’t do this or that you won’t be in business or how this new strategy is going to improve profits etc?  3 or 4 months later most businesses are off script, salespeople are pushing whatever they can to hit their bogey whether it’s part of the plan or not. If the super new product isn’t flying off the shelves managers go back to what they know works and we kind of get in survival mode. So is scripting effective?

The PAC 12 coaches said that scripting had its roots in the West Coast Offense popularized by the late Bill Walsh when he was coach of the San Francisco 49ers.  Walsh planned which plays he would run on his team’s first 15 offensive snaps before the game started, intending to gauge the defense’s reaction to a variety of looks.

Jim Mora now head coach of UCLA has held positions as assistant and head coach in the NFL and the college game. He has coached teams that script and teams like the Bruins that don’t.  Mora has said that scripting is a strategy that many coaches still follow but emphasized that within any script there must be flexibility to adjust based on field position and other factors.

In running a business or a department your going to script out a strategy for winning more business or improving you’re department. Remember when you put together your script or hear it from upper management that it’s important to allow for flexibility and to be able to adapt to changes in the market, un-forseen obstacles that come up such as vendor issues, personnel issues, budget constraints. Manage to the script but when necessary go off script and implement changes on the fly that insure success. After all if the script calls for a long pass play on 3rd and inches it might makes sense to just hand the ball to Beastmode and let him do his thing.