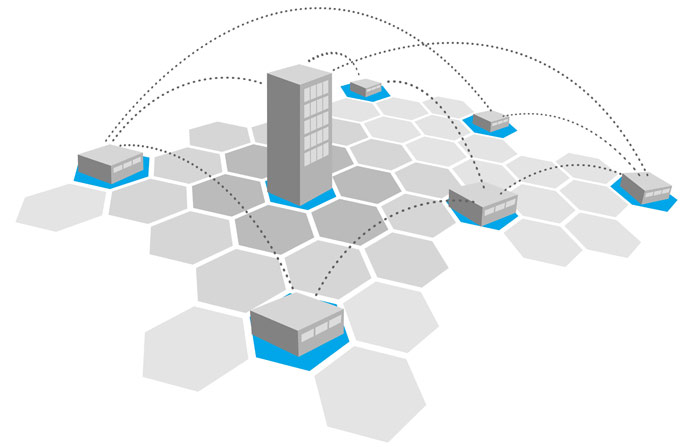 MPLS is an acronym for Multi-protocol label switching and it’s a technology used for connecting/networking multiple branch officestogether with a private IP connection. MPLS gives you certain capabilities not available using Internet or other connectivity transport methods. QOS (quality of service) is central to MPLS as it allows you to prioritize services and traffic in the network, and not just in the router but in the packets themselves. That ability means better performance for VoIP and better video quality.

MPLS as it’s name states, uses labeling when routing data traffic. As with IP routing, the MPLS device at the edge of a network receives incoming packets and does a route lookup. But while Internet and other technologies route by hopping from one router to the next performing lookups until it finds its destination, MPLS determines the complete path to the destination and labels it. That way subsequent devices can forward packets without additional routing look ups making data flow faster and more consistently which means better network performance. MPLS networks boast a highly available 99.99% Service level guarantees and are engineered to deliver.1% packet loss or less. MPLS is particularly well suited for carrying real-time applications, such as, voice, Citrix applications and thin clients that require a highly responsive network. 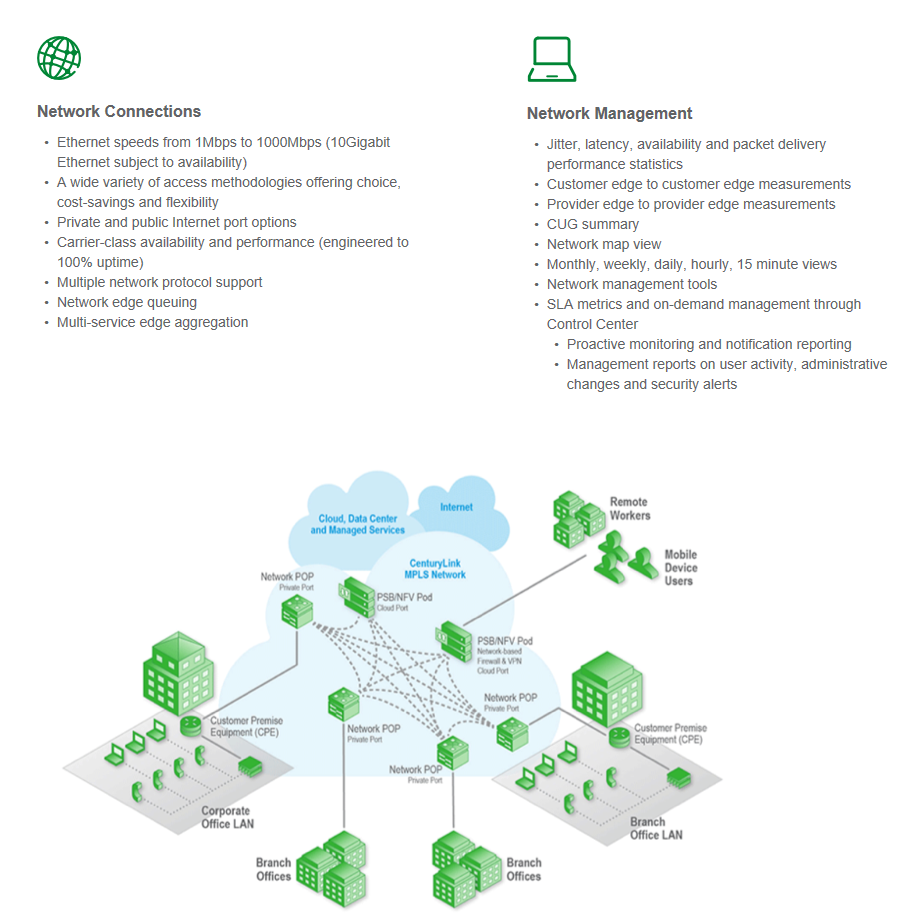 MPLS is deployed in a fully meshed topology meaning all sites can talk to each other and that creates excellent survivability. Features such as fast reroute make MPLS the preferred technology for wide area multi-site networking. No matter how many locations your business has now or in the future, MPLS offers any-to-any network connections that will quickly prioritize and deliver traffic just the way you want.

To learn more about data networking >