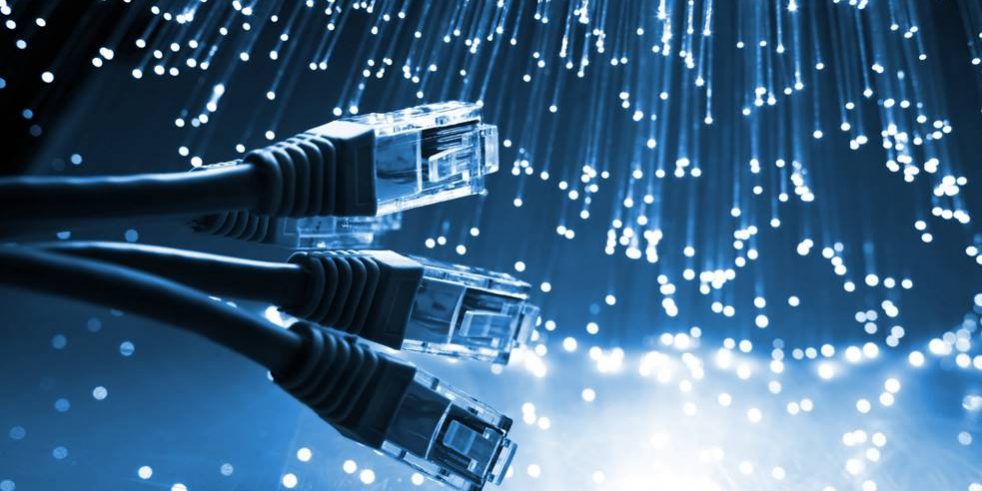 Prices of fiber equipment have come down significantly in recent times, paving the way for ISPs to replace their legacy copper networks with fiber.

Fiber optic cables consist of a glass or plastic core surrounded by a transparent cladding material with a lower index of refraction. Unlike co-axial cables used in a cable TV or broadband internet connection that transmit electric signals, communication via fiber optic cables is done by sending pulses of light that are modulated to carry information. The light signals form an electromagnetic carrier wave, and is transmitted to the other end by the phenomenon of total internal reflection, which is possible because of the low-refraction-index cladding, because a cladding with a higher index of refraction would have allowed the light to escape the cable.

Broadband vs Fiber: Speeds and Reliability

The key areas of difference between Cable, DSL,  other broadband connections and Fiber are the speeds. Fiber is capable of much higher bandwidth speeds and offers dedicated connections vs cable broadband which offers best effort connections and is a shared service that fluxuates with demand.

Broadband vs Fiber: Pricing and Availability

Major carriers and large cable companies like Verizon, Centurylink and Comcast in the US and Hathway in India have started to offer DOCSIS 3.x-based FTTH (fiber to the home) connections with ultra-high speeds at affordable prices, differences in pricing between cable and fiber has almost entirely faded away, especially in most of the large, metropolitan areas around the world.

No longer should business owners be drawn in by large road signs and radio ads for cheap broadband Internet because fiber is 100 times faster, more reliable and can be found for a very similar cost. Consider a 100mb x 100mb Internet connection in Salt Lake City. 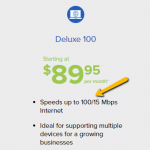 A cable or wireless connection which is best effort would cost $90 a month for 100 x 15mb meaning the upload speed is throttled way back to 15mb, any static IPs add an additional $15 per month and after the introductory rate expires the cost goes up.

A 100/100mb dedicated connection in a carrier fiber solution would cost $159 and that includes router and as many static IPs  as you can justify. 100% fiber optic Internet connection offers upload speeds that improve the performance and efficiency of your apps and operations, especially cloud-based functions like data storage and VoIP. 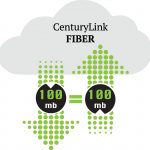 Very seldom is there a clear winner in debates between two competing technologies, but this is one of those cases. Co-axial cables have served the cable TV and the internet industry very well over the better part of four decades, but the end is near.

Fiber is just better suited for the high-bandwidth requirements of twenty-first century internet-based applications and provides a much better value. With IoT (Internet of Things) devices set to increase exponentially over the next decade, businesses using more remote workers, the streaming of 4K videos becoming more common, and companies deploying more of their mission critical applications to the cloud fiber is now the most cost effective solution for business internet.  The broadband cable and DSL connections for all their strengths, just cannot compete with fiber at any price point.

To check the availability of fiber at your business location click the button below: