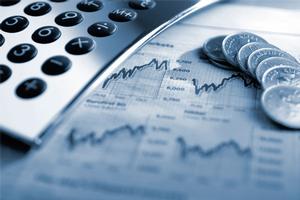 With 20 years in telecom I’ve watched competition increase and prices fall for all kinds of services and bandwidth. 5yrs ago the average cost in the western US for voice PRI T1 was around $800 per month. 3yrs ago that same PRI T1 was $500 per month and today you can find that same circuit for as cheap as $200-300 with 23 voice channels, some might even remember that 14 years ago carriers sold the same circuit for $2000 per month. That is an incredible rate of decent and it seems to be a race to zero.

For a while businesses were using it to upgrade a remote branch or open a new one. After a while every site was upgraded and and bandwidth was sufficient for low bandwidth business applications. It was a great deal all around, IT could afford to complete projects without asking for more budget, sales reps made quota and businesses were able to get more needed services for the same budget. Fast forward a few years and the industry has created a monster…and many businesses are simply pocketing the savings. The perception is telecom is now just a commodity and anything will work whether its from the cable company, a local wireless ISP whatever. Let me show you where that kind of thinking is so terribly flawed!

New Challenges in IT

First of all a few years ago security was a concern but in many markets small businesses felt fairly secure with a decent firewall in place. Today security is a major concern and some small businesses are naively unaware. DDOS denial of service attacks have increased 180% since 2014 and continue to increase. Ransomware attacks increased from 3.2 million reported in 2014 to 683 million reported in 2016.

Next is file sharing and other cloud applications that are driving the demand for more bandwidth. Businesses are finding they can no longer get away with low bandwidth Cable and DSL at remote branches. All offices are now in need of high speed fiber connectivity to keep up with the demand for cloud based applications. There are many applications becoming mission critical and changing the way businesses are built. Office 365 is becoming the norm for businesses desktop applications, SMS text with clients has become a competitive advantage, Video and web conferencing is becoming the norm for sales and support functions and the list goes on.

Those are just a few examples meant to draw attention to the fact that keeping things status quo and just reducing your spend on circuits to pocket a few extra dollars is a poor business decision. More for same is a better move!

Most carriers now offer managed wide area networks with security monitoring. Why not take that savings on the circuit to add security to it?! The few hundred dollars a month you save by thinking “more for less” won’t go very far if you suffer a data breach and inadvertently expose hundreds or thousands of customers and their credit card numbers.

2. Cloud-based Managed Unified Communications – Many businesses have used a basic phone system for many years. Their business has a certain culture and things like unified communications or VoIP sounds nice but doesn’t seem necessary. In addition to the culture change of hosted UC the idea of cloud communications and renting a phone system rather than purchasing new equipment seems foreign. Many businesses are used to purchasing a system and then milking that system for 10 years so the cloud model is tough to grasp. Well let me show you why that old thinking is wrong and expensive.

Have you every looked at the value of a that $100,000 PBX after you’ve used it for 5 years? Take a Shortel Shoregear 220T1 Voice Switch with 140 phones…easily $50,000 or more with installation. That system today refurbished is $274 and the phones which went for $2-300 a piece can now be found for $4 each. Old PBXs are better used as boat anchors than investments. Why sink all that capital into a equipment that depreciates faster than a car? Voice communications has become a software based product that rides the data network just like any other cloud software. The hardware is not worth purchasing when you can get handsets for free with the service or at most for $5 a month. Take that extra savings on your telecom circuits and invest in a hosted PBX managed by professionals with way more functionality that the old PBX you’ve been struggling to find replacement parts and support for.

3. Private Network – Many companies have opted to use broadband internet at their remote branches and then establish a VPN tunnel to connect to servers at the company headquarters. Back when T1s were $500 and DSL or cable was $60 it just made sense to use VPN over a public network to connect a small branch office to the mother ship. Today many companies would find that the branch office can now get a 10-100mb fiber connection for a $100 or less. Nearly as cheap as broadband internet. Some remote branches however will not see fiber for years to come due to their location but the headquarters office located in a major city can suddenly get 500mb connection for $300-400 rather than the $2000 or more they paid just 2 years ago. If either scenario fits your business rather than jump on that savings at HQ take that money and get rid of the unreliable broadband connections at those far out remote branches and improve connectivity without increasing your monthly spend, replace the VPN with a private fiber based MPLS network. You will find the network to be more secure, IP communications to be clearer and more reliable and you will have the ability to push Unified Communications tools across that network such as video, and be able to improve IT support using cloud based IT. More network for same cost will improve your company way more than the same old network for a thousand dollars less.

These are but a few suggestions that show why “more for same” is a much smarter business strategy than “the same for less”. Most of the time in business you either move forward or fall behind, the market wont let you sit on the fence for long. With the ever falling costs of telecom there is a huge opportunity to take your business to the next level with better communications, better security, new collaboration tools, and lots of bandwidth for little to no added cost to current IT budgets.

5 Reasons to Switch to Cloud Based VoIP Communications
June 15, 2022
Go to Top